For eons it waited, untouched, unknown and unexplored. Then something changed. Man came to Papua New Guinea. Almost 50,000 years ago, groups of migrants from the Indonesian archipelago stepped ashore to encounter the most rugged country imaginable, dominated by enormous mountains, beautiful highlands and lowland jungles.

These people developed only as the land allowed them to. The almost impassable terrain meant the small groups of humans kept to themselves, isolated from each other and the outside world. The groups developed their own languages, their own cultures and their own traditions. They became the many tribes that gave Papua New Guinea one of the world’s most diverse and interesting cultural landscapes.

For thousands of years these tribes lived off the land, hunting, fishing and farming. Other villages were raided. Inter-tribal wars were fought. Life continued. The land watched on, unconcerned.

In the 1500’s, change came to Papua New Guinea. Huge canoes with white sails were spotted off the coast. Portuguese explorer Jorge de Meneses was the first white man to see this magnificent island and its strange inhabitants. He named it “Ilhas dos Papuas” (Land of the Fuzzy-Haired People).

Three hundred years later, change came again to Papua New Guinea. This time, it came ashore. European missionaries and traders began to arrive and settle on the island, mostly in the easily accessible coastal areas. They dared not venture into the interior, and stared at the distant mountains in wonder and in fear.

Over time more and more of them came, driven by the need to explore, to expand and to exploit. In the decades to come, this land would become a chess-piece in the game of colonial politics. Parts of it were claimed by Germany, then by the British, then by the Dutch. After World War 1 halted the imperial dreams of the major powers, Papua New Guinea came under the control of Australia, its nearest neighbour to the South.

It wasn’t until the 1930’s that the Highland region was first explored. Until then, it was assumed to be too inhospitable for habitation. When the search for gold finally lured the Australians inland, they discovered something even more amazing than the precious metal. They found more than one million people, living in fertile mountain valleys, following cultures that hadn’t changed since the Stone Age. These tribes had never before seen a white person.

Now more than seven million people call this land home. Many still live in small villages and follow their traditional tribal customs. While English is the official language in schools and government, almost 800 distinct languages are spoken in the islands. Papua New Guinea is still a land of tribes, a land shrouded in the mists of time, a land of natural beauty, wonder and mysticism, and one of the best coffee growing regions in the world.

Our most important crop …

Coffee has played an important role in Papua New Guinea’s recent history. It was first grown commercially in the late 19th century, when 20,000 Arabica coffee plants were planted on the Variarata plantation located on the Sogeri plateau outside of Port Moresby.

In 1928 the New Guinea Department of Agriculture started a plantation in Wau. Coffee plants were introduced to the Highlands by Lutheran missionaries just before the Second World War, with the tipped Bourbon Arabica coffee first planted at Ogelbeng, then in Asaroka.

Large plantations are only one part of coffee production in PNG. Ever since coffee was introduced into the highlands small landholders began to get involved in this exciting new crop, mainly in the Asaro Valley in the Eastern Highlands Province. More than 50 years later, smallholders account for at least 85% of the coffee grown in the country, the majority growing Arabica coffee plants at altitudes of 1,500 metres and above which gives the coffee good acidity.

Coffee is a major industry for Papua New Guinea involving a large proportion of the population in some way. The crop remains the main source of income for many highland farmers. From the mid 1980’s onwards, Papua New Guinea produced an average of around one million bags per year, with a peak production in 2011 of well over that number. Since 2012 the annual average production has been 800,000 bags, meaning that coffee continues to be a huge contributor to the national economy. 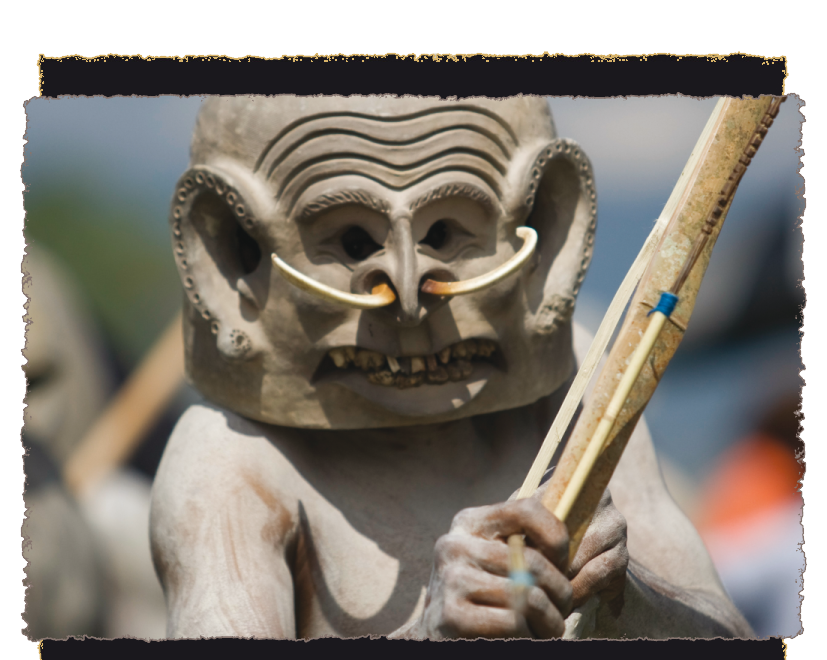 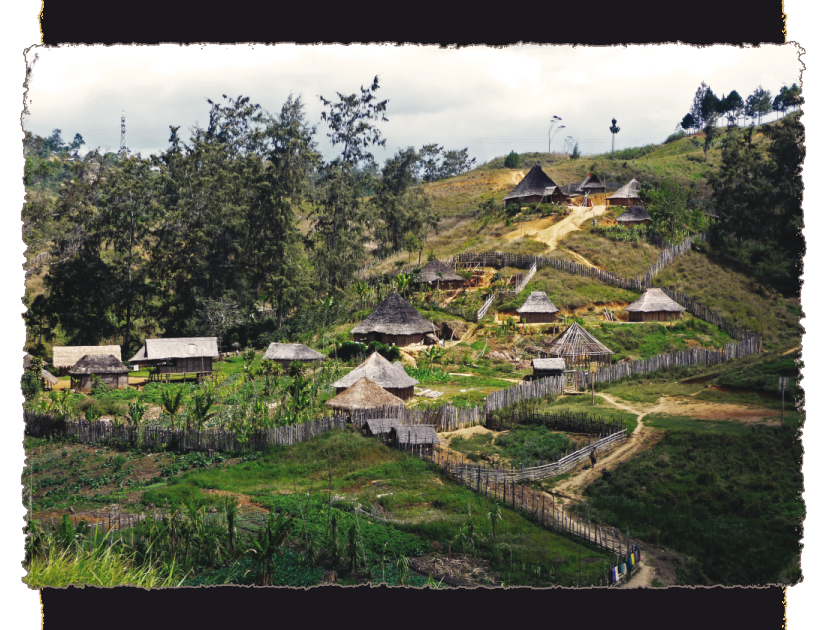 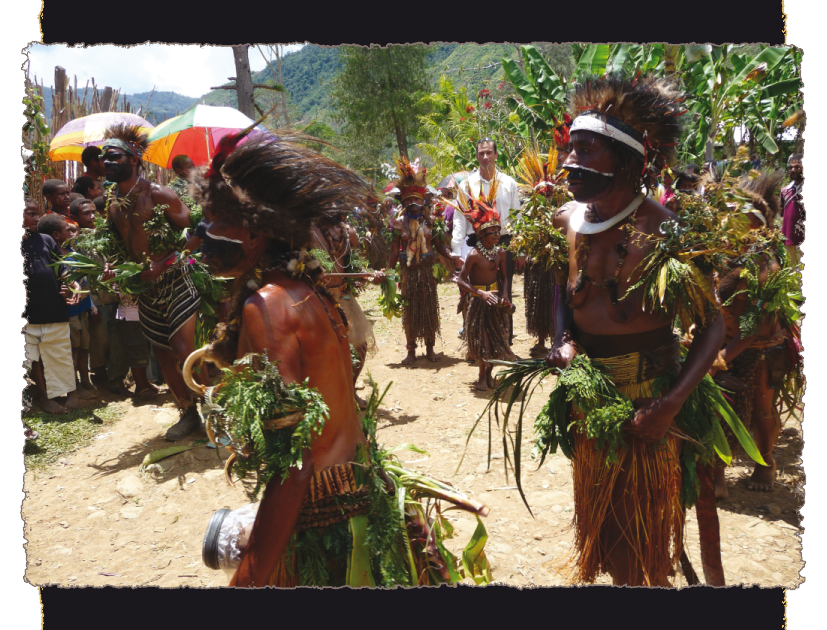 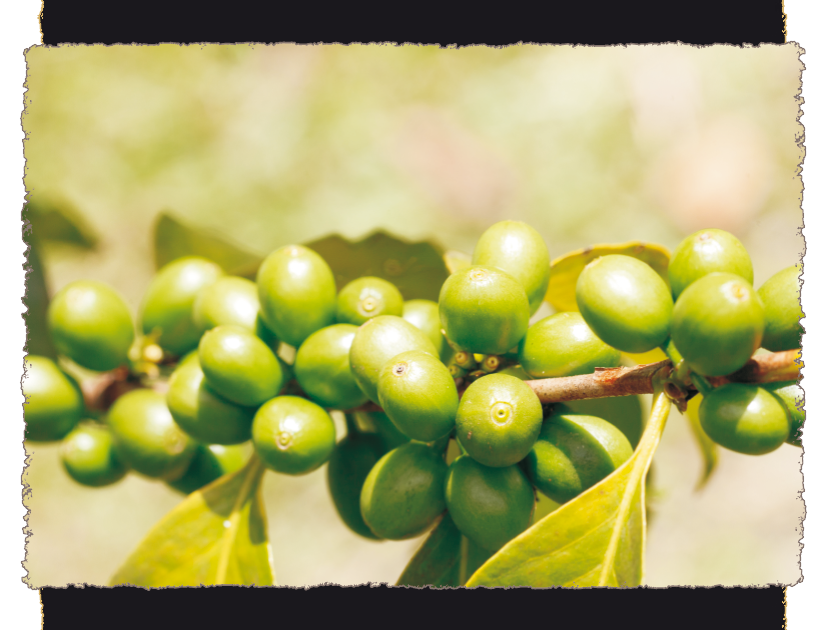 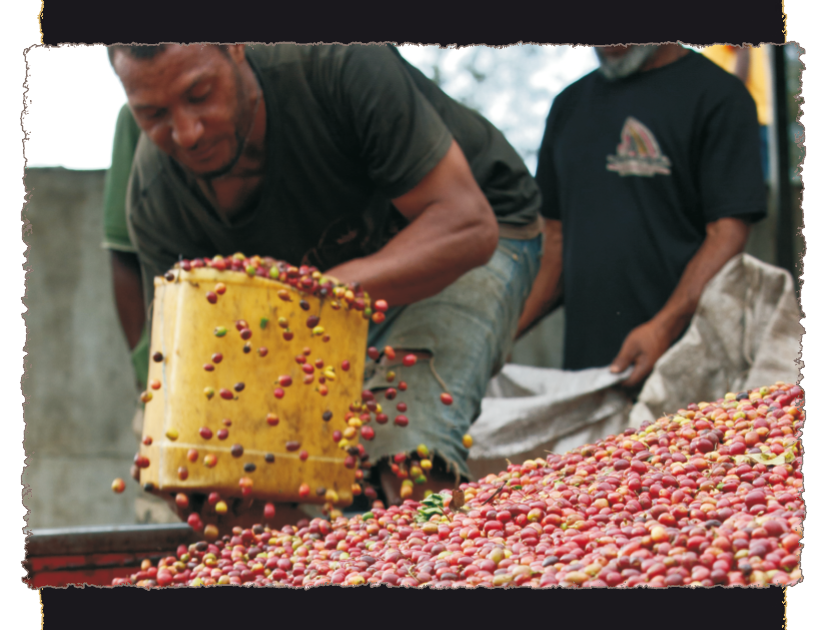 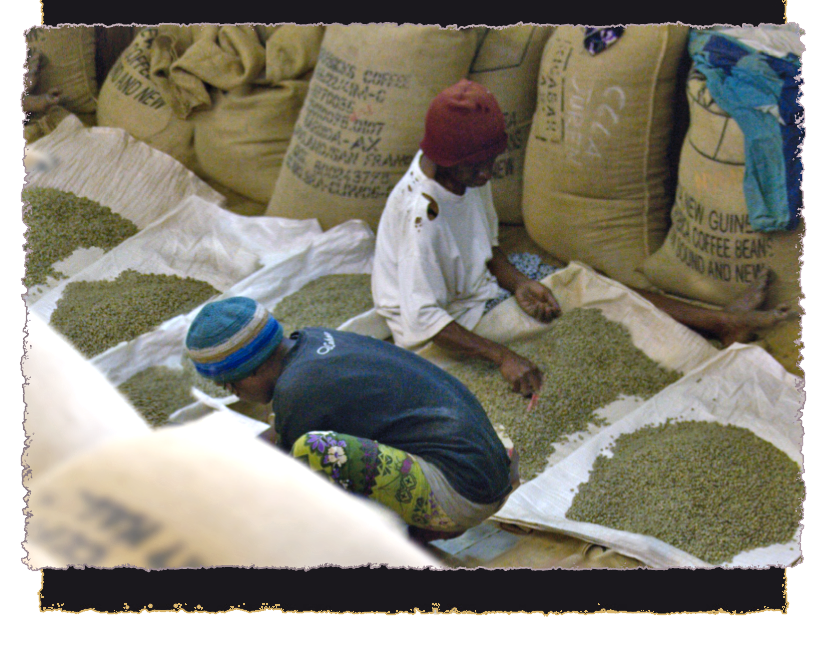